Enjoy a safe distance away from the bustling streets of downtown Bangor with the perfect home. This cozy studio-cottage has all the charm of Christmas. All year round. Located near the Blueberry School for Boys, this district is highly coveted for its snow removal program.

Pinstripe is a friendly neighborhood. Although the area is not currently on the Bangor power grid, this means little to the community. Many houses are connected by an old-fasioned “string and dixie” line. This fascinating form of antique communication involves only two cups and a long string to attach to other houses of your choice. Since most communication is nonverbal, many neighbors still prefer to nod or wave from their own property. Either style creates a socializing haven for those outside Bangor.

Speaking of property, this gingerbread house has one of the best lots in the area. Underneath real walls of ginger, the cottage sits on authentic, stone slab. This slab was originally used in Bangor for tourist season. It is now a symbol of growth and development.

If interested in a one story gingerbread house with high, lofted ceilings and frosted windows, please call one of our agents ASAP. While the current tenant is still there, he is extremely flexible. 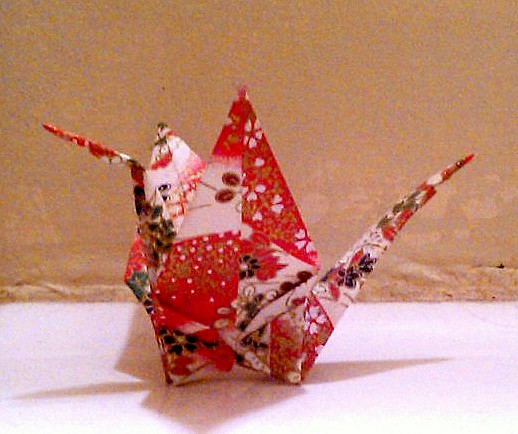 There once was a bird who lived inside a paper house. The walls were so thin that he could hear everything from the other side. Afraid to make a sound, he sat by himself, stiff in an armchair.

On the days that he would fly from his window into the deep blue sky, he could not be there fully. Instead his mind was trapped inside the origami house, wondering what his neighbors were doing.

So consumed was he by these neighbors that he forgot where he was going. He forgot about the sky and its magical feeling of infinity. He forgot about his hunger for worms and mice. Instead, he stayed inside and listened to the lives around him.

His neighbors had children together and raised them to be strong. They had birthdays and wedding celebrations and dinners with guests. His neighbors would sometimes listen to loud music or shriek over the phone. There never seemed to be an end to their stories of excitement.

One day, when the neighbors were unusually quiet, the bird got an itch to find an adventure of his own.  When he got up to go to the window there was a sharpness in his side. He lifted his wing, but could no longer remember how to fly.  He hoped for the sky.  He hoped for the best. But when he looked down, his wings had turned to paper.