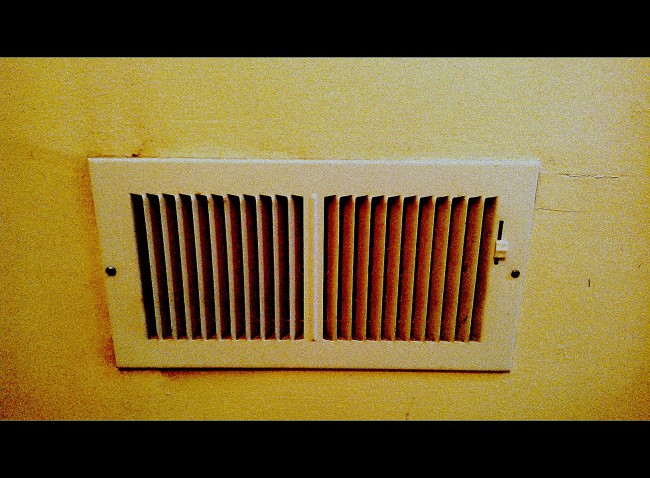 The vents were plastered against the wall with a panic that had shot them into place for the entirety of their being. They had no other option. Destiny was a gray word with iron slats that slipped through the corners of their imagination. So dark and shady was it, that they dared never to dream. Instead they stayed pinned up against dry wall, gazing inwardly at the dust that had collected over the years.

Little specs of gray bunnies nestled around the mouth of the vent. The dust had run into the barred, metal teeth because it seemed quiet, as if the scream had dried out long ago. The warmth of its throat was inviting and in the winter it was like a camp fire. Rather than tell them to go, the vents seemed to like their company. In the evenings I can hear it purring, the rumble – awaiting full volume.

6 thoughts on “The Vents”